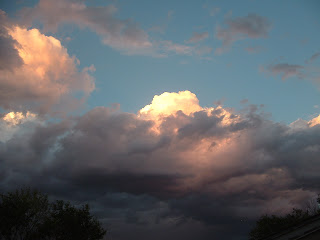 Saturday sunset
It's official. South Dakota has some of the most extreme weather in the country, and we don't consider discussions about the weather to be small talk. We are in the season of hot days and occasional violent evening thunderstorms. Last week the small town of Vivian, SD, made the news with the largest hailstone ever recorded in the US. The stone in question was part of a hailstorm of unimaginable ferocity. Practically no structure was left unscathed. 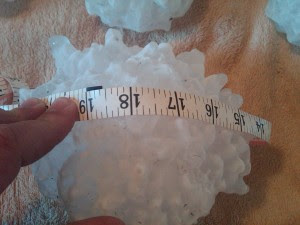 This has been certified as the largest hailstone on official record. It was apparently not the largest one that actually fell in this storm, just the largest one collected. Photo from the Rapid City Journal.
Here are more more images from the past few weeks. 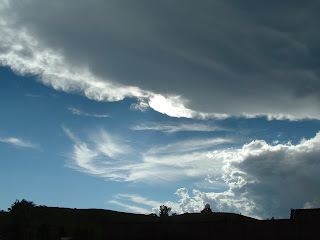 Storm front sweeping in from the northwest. 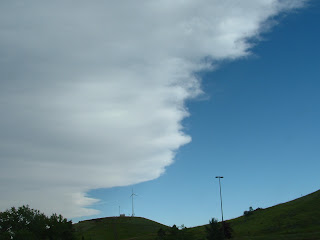 Same storm front, view to the east. The temperature dropped 15 degrees in 5 minutes. 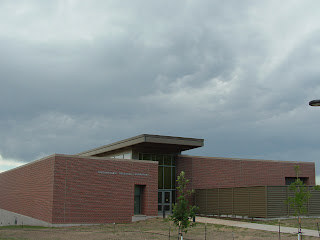 Storm coming in over the new building, to be followed by the ritual Dance of the Roof Leak Bucket Brigade. The good news is that our guys seem to have found and fixed all the leaks so far.
Posted by Unknown at 8:56:00 PM