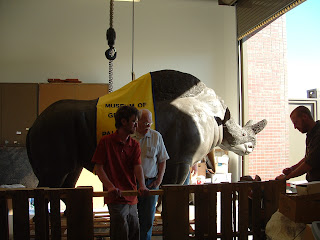 Brontothere in the loading dock position
If you remember the saga of moving our brontothere family diorama, you'll remember that they are life-sized recreations of long-extinct rhinoceros-type creatures from what is now the White River Badlands. Beautiful, precise, and compelling sculptures....in plaster. Even though the plaster is molded over a frame, and they are thus hollow, they are still inordinately heavy, brittle, fragile and vulnerable. The brontotheres are on their ledge to stay for the foreseeable future.

But with a standard rhino taxidermy form (yes, these things are standard), expanding foam and tremendous talent (obviously not mine), it is possible to put a brontothere in the homecoming parade. Who'd'a thunk it? It was a beautiful October morning, and the brontothere had a nice ride through downtown with many fans cheering him on. 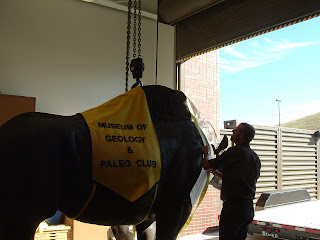 The hoist in the new building helped us get him onto a sturdy base. 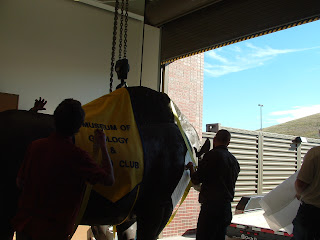 Careful padding of the straps--he is made of foam, after all. 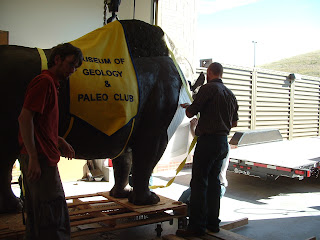 Note that he has his own banner. 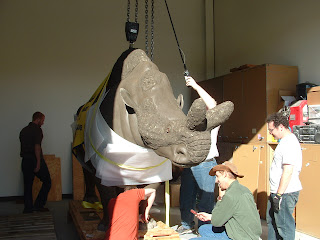 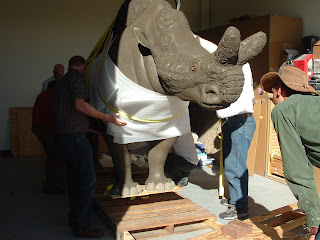 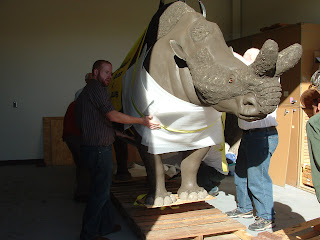 Much more secure. He is light enough to rock in a high wind, so this will help. 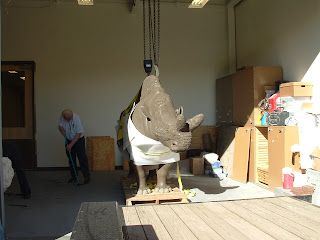 Ready to be loaded onto the trailer for his debut performance. 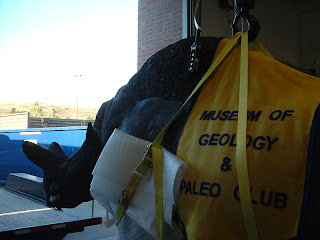 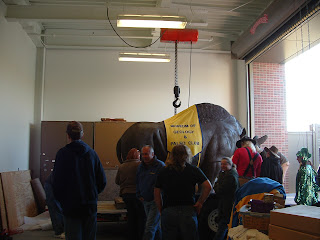 The crew gathers to get the brontothere on the trailer.
No, this is not our typical dress code. We had everything from grizzled oLd West field paleontologists to a Sparklesaurus in his retinue. 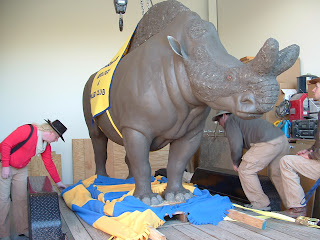 In place, strapped down and feet cushioned. 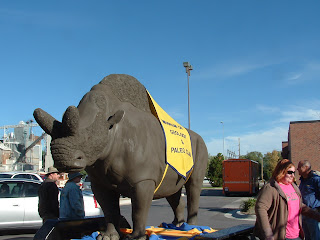 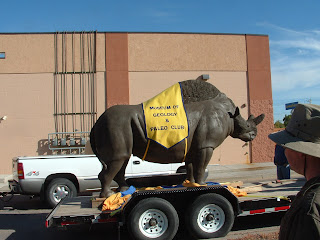 He was the first float in the parade and has been asked for repeat performances in the upcoming months. Next challenge: name him!
Posted by Unknown at 2:52:00 PM