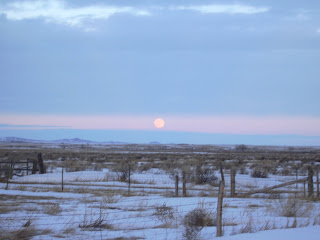 It takes a prairie--or at least a long space away from a city--for good snowscapes to develop. I've become fascinated with the transformations we have seen in our landscapes after the snow and wind have passed. In the urban complex of the Mid-Atlantic where I spent ten years, snow was first and foremost a hindrance, an inconvenience, or a downright menace to transportation. As so many of us commuted, spending long hours in cars and trains to get from point to point, transportation concerns came first. Only after the snow was tamed on the roads and rails could it be appreciated, often only as a scene viewed from a moving window.

Out here, snow becomes the new landscape. This latest round fell on Christmas Day and the day after, and is still here. More is due soon as an Arctic blast blows in tonight. This is an ecosystem shaped by harsh and sometimes extreme weather; the wildlife tends to survive, often better than we do. 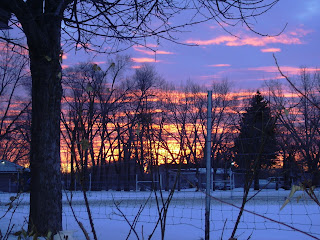 We joke about needing to hibernate, usually in the middle of a long workday, but like all good jokes this one has a kernel of truth at the core. We respond to the short days, low light levels and cooler temperatures with a desire to find safety and warmth, and we marshal our limited metabolic resources with sleep. Keeping a regular schedule is work in itself. We'd rather find a den, thanks.

At the same time, January proves that the days are in fact getting longer again after the winter solstice. You can tell, bit by bit every morning, that the light arrives earlier. January is a time to think about the next crop, not to dwell on the old one. It's a time to go over the seeds saved for the next round. 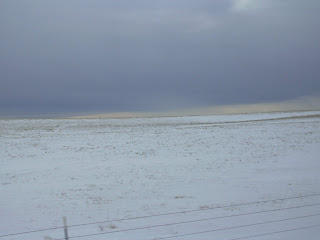 We've learned to look at the snowscapes with confidence rather than despair. This snow world is not permanent here. This land will be a sea of grasses again in a few months. We know that it's a cycle, although not a tightly predictable one. For six months, from October to May, the snows can happen at any time. We will see the sun high in the sky come summer.

That's scant consolation sometimes, though. I am at most three generations removed from a line of people who lived in the Plains in a half-dugout cabin. How did they get through four to six months of winter every year? What was life in these tiny structures like during the hard weather? 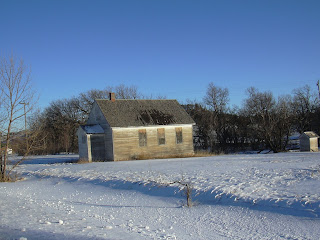 It's not, after all, as if they could leave once the snows hit. I wonder how much quilting and knitting artistry, how much woodcarving and leatherwork, even what music and writing, flowered in the winter as a way to keep hands and minds productive.

We spent the holidays here rather than in transit, owing wholly to snow. The drive from the north plains to the south plains is easily turned into a highway nightmare during snowstorms, reminding us perhaps that our roads and settlements are a whisper-thin veneer on an ancient and untamable landscape. Our vehicle is not nightmare-proof and would not do well on black ice. We hibernated instead. And I quilted. 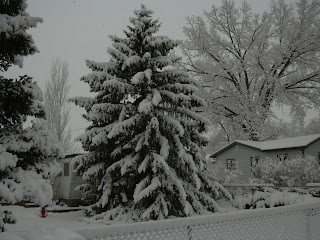 Winter cannot be shortened and spring cannot be rushed. Nor should they be. January should recharge us for the year ahead. Last year was a particularly rough one for just about everyone I know. There was more than a fair share of loss, illness, injury and death. In January, we set our sights ahead of us, not behind, leaving the old year behind for good. Sometimes it is harder to leave the bad times behind than the good ones, but in the end none of them can come with us. 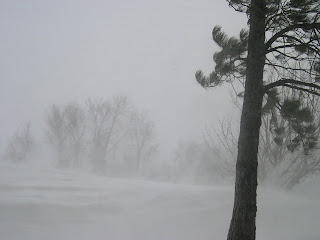 So here we are, deep in a snowscape, wondering how we measure up to our ancestors at the same time that we are thinking about leaving the past behind. Snowscapes on the plains are not pastel-pretty. They are borne of fierce wild storms that send us back into the den; we are lost if we go out. And yet they draw us out, fascinated by the change. It doesn't look ephemeral at all.

Give it three more months, though, and the sky will be full of drifting skeins of migrating cranes on their ancient pilgrimage back north, over the snowscapes that they somehow know are thawing into spring. 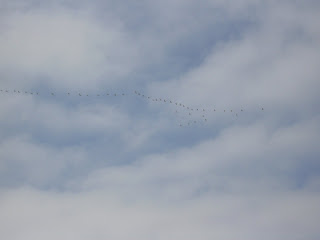